Shine Distillery in Portland sets aside alcohol, makes and gives away hand sanitizer 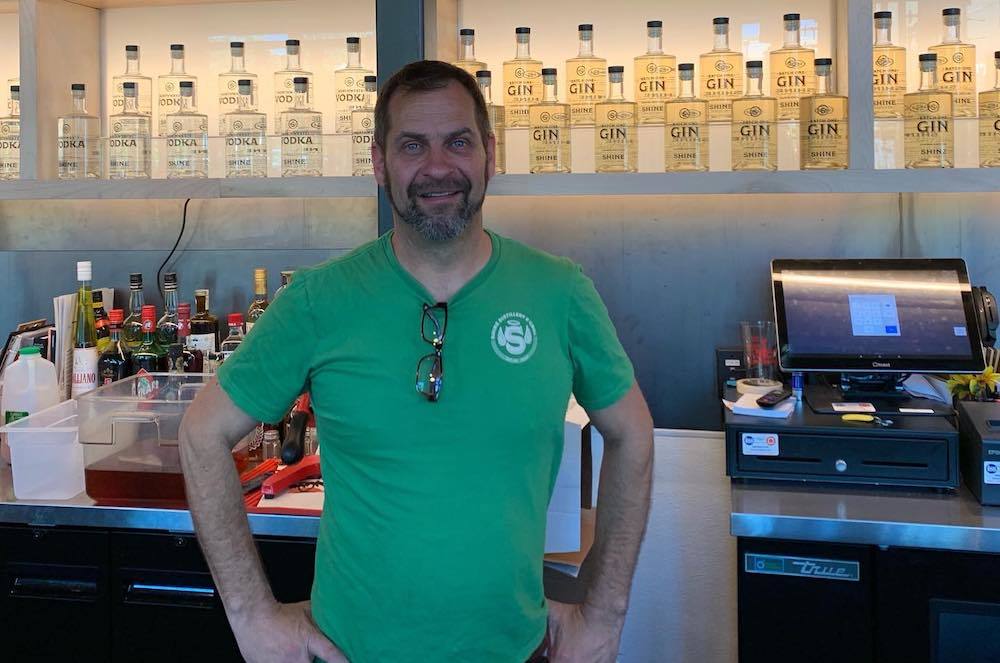 But they have put serving the community during the coronavirus ahead of everything else for the last week.

The business is devoting most of its time and energy to producing hand sanitizer, which it is giving away.

“We basically saw a need,” Ruelos told Oregon Business Daily on Monday. “There are parts of the distillery process that are not consumable.”

They use it to clean surfaces, he said, and when a customer asked if she could have some as a cleanser, they had to study the issue. The runoff they use is too harsh for human skin, but they did learn how to produce a safe, alcohol-based sanitizer. They have been handing it out since March 9 and have no plans to stop.

The Centers for Disease Control and Prevention advises people to wash their hands with soap and hot water and to use hand sanitizer with a base of at least 60 percent alcohol. Distilleries around the country have converted their production to making hand sanitizer, which is in short supply across America.

Ruelos and Poteet said for them, it was an obvious move. It’s not exactly what the friends and partners had in mind when they started the business.

The business opened July 25 at 4232 N. Williams Ave. in North Portland. In addition to the in-house distillery that produces several small-batch spirits available in the restaurant, it also has a catering service and hosts private parties.

But all that took a back seat to making something the staff had never attempted before: hand sanitizer. Ruelos said they are producing 10 gallons of it per day and handing it out in 2.7-ounce bottles, with a limit of one per customer.

The sanitizer effort has consumed 70 to 80 percent of their time, he said. In addition to making it, they are sharing their recipe with anyone who wants it and can produce sanitizer, including a distillery in Nigeria.

They use neutral grain spirits to make it, he said. Distiller Shannon Mosley has converted her skills from alcoholic beverages to sanitizer and the co-owners are working hard, too.

Ruelos, 44, and Poteet, 52, laughed when asked if they were getting much sleep. Ruelos said he left twice on Sunday — and came back to make some more. He said they just had to do something during this crisis.

“We saw a need and we filled it, I guess,” Ruelos said. “It’s really quite amazing how everyone is coming together.”

They can purchase a gift card to donate to the sanitizer effort, he said, or make a donation in another way.

Want to get notified whenever we write about Centers for Disease Control & Preventi ?

Sign-up Next time we write about Centers for Disease Control & Preventi, we'll email you a link to the story. You may edit your settings or unsubscribe at any time.